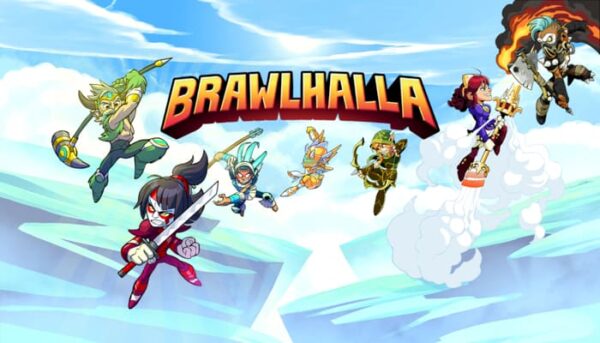 Brawlhalla was originally just seen as a potential Smash Bros clone but proved itself to be something quite different with time. With Ubisoft as a publisher, the game has seen the peak of no less than 50 million players by December 2020 and is still growing exponentially thanks to its great cross-play capabilities and a free-to-play model.

With so many active players and different platforms of availability – it’s a no-brainer that you are going to be paired against many players that are more skilled than you and it can get quite difficult to get used to the game as a beginner. That’s why we’ve created the perfect guide for you that will provide you with the most important tips and strategies for improving at the game! Without wasting any time, let’s get started.

We all love playing offensively and a lot of fighting games are all about that. However, one thing you always notice if you fight high-ranking players is that they will play defensively more than anyone else around them. At first glance you probably think the person is just being boring – but it’s much more than that.

Since the game follows a different set of rules compared to most other games due to the lack of traditional health bars, you have to rely on saving up your strength and making sure no one is able to knock you out by surprise. That’s why you should play defensively, especially in the second half of your matches, so that you cannot be knocked out to a point that you can no longer come back to the battlefield.

2. Learn more about the mechanics

Many things set Brawlhalla apart from its competition, and one of them is the aforementioned lack of traditional health bars. Much like Smash Bros., you can take as much damage as you want and will not die, the only way to truly lose is to be knocked out of the map that you’re playing on.

The more damage you have been dealt, the farther you will go every time you are knocked out again. To know when you should be truly worried, you should pay attention to what your health bar says. It does not have the usual progression or percentages, but what it instead does is change the colors to give you a warning. The different colors represent:

When you’re at red, try to play as defensively as possible no matter what and refrain from using particularly punishable moves.

This is a phrase as old as time, but when it comes to fighting games like Brawlhalla, it’s a piece of very useful advice. A lot of us get better with time as we face strong opponents and learn from our mistakes in the matches against them – but you can’t learn new combos and the proper properties of certain moves unless you are willing to try out the practice mode.

Not only do you get to learn everything that you want about the different characters you like, but you will also be able to learn different combos and chains which are very useful for your growth as a player. And even if you’re not a beginner, it’s always a great idea to head into some practice right before a Ranked match to make sure you got your moves right.

One thing that Brawlhalla shares with many other fighting games is that strong moves are punishable if blocked or dodged. It’s surely appealing to use strong attacks and super moves but if the opponent manages to avoid it, you will be at the risk of being knocked out immediately.

A good way to avoid it is to use Light Attacks more often, and if you manage to hit your opponent with them you can chain up your attacks into combos. It’s very rewarding to do that and you should always try to bait your opponent into mistakes that you can punish.

We all get wildly excited when playing our favorite video games, and that includes the feeling of panic when you’re in a tough spot. In a game where getting kicked out far enough means you lose – you need to stay focused since the game has different button commands that let you come back in. So, if you panic and fail to use the right commands, it will just contribute to your loss.

If you’re at the maximum jump height, jumping again or using your recovery move is very helpful and additionally, the neutral dodge ability can be helpful too based on your situation. What’s important here is to keep your cool and to press the right buttons, as mashing will most likely just make everything worse.

6. Experiment with the controls

When it comes to fighting games, the phrase ‘different strokes for different folks’ is very much valid. There are two things that you need to look into if you intend to play the game long-term – the first one is to see what input device works the best for you, and the second one is to adjust the control settings themselves.

The game can be played with many different things, such as the keyboard & mouse, gamepads, touch screens, and even arcade sticks. Trying out different ways to play can help you realize where your best performance lies, so it’s a good thing to experiment with as a beginner in case you may be wasting your time on the wrong thing.

The control settings are available for every input device and certain moves are easier to execute if you remap the buttons to what suits you best. There’s no guarantee it’d improve anything for you, but for some people, it can be exactly what they need to pull certain combos off, so you should give it a shot one way or another.

Adapting to fighting games is just as important as having a unique playstyle. Different people play the same characters in different ways, so the unpredictability can be your downfall if you’re not prepared. That’s why you should always keep a close eye on your opponent and try not to play too aggressively.

This allows you to dodge and punish the moves of your opponent before they can hit you, and keep a momentum going of making the best moves before your opponent even executes them. This may sound complex, but you get the hang of it naturally once you begin trying.

8. Learn about the maps

Since Brawlhalla is about knocking your character out of the battlefield – it’s very essential to have an idea of how certain maps work. Some of them have different weapon spawns, higher and lower types of surfaces, and other similar things that act as a variable to how the game is played.

If you don’t know how the map is going to work, then you will be at a great disadvantage against your opponent. That’s why it’s necessary to have at least a vague idea of what the map you’re about to play in is going to be like so that you can remain in control and dominate the field.

9. Learn from the Pros

Professional players spend hundreds of hours in the game to learn every single detail about the characters, the maps, the mechanics, and so on. If you wish to get out of the beginner phase, then it’s a great way to grow by watching the best of the best. You always learn something new from doing this and even notice how you can avoid some of the amateur mistakes that you make.

Of course, this isn’t The Matrix so the knowledge is not just going to be downloaded to our brain – but to have some idea of what to do compared to cluelessness, it’s obvious which alternative is better.

Brawlhalla has a large roster of characters with diverse personalities and gameplay – and it’s fun to try them all. However, if you wish to get better at the game it’s important to practice your moves and combos and you cannot do that with 51 characters at once. That’s why it’s important to pick a favorite character that suits you best and then improve with them.

Doing this is called ‘maining a character’ in the fighting game community, and it’s something that even people who play in international tournaments do.

That’s all for our top 10 Brawlhalla beginner tips and strategies. This is all that you need to keep in mind to go in the right direction towards improvement, and if you have any questions feel free to ask us! While you’re here, make sure to check out some of our other helpful articles as well.