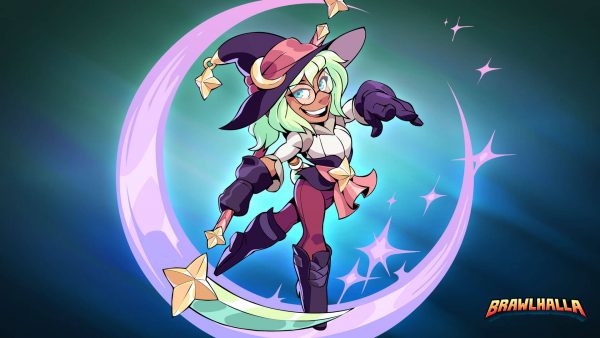 Brawlhalla is a game that is famous for its gameplay and simple art style. The free-to-play fighting game was released in 2017 and has been having a growing player base ever since, exceeding over 50 million players. Unlike other free games in the same genre, Brawlhalla manages to bring out premium-like gameplay and the game has much resemblance to the fan-favorite, Super Smash Bros. Brawlhalla features playable characters which are called “legends” and you can simply either grind or pay to upgrade them stat-wise or visually. However, the gameplay is more focused on players’ skills rather than these upgrades.

The game currently has 51 playable legends and each one has their own stats and attributes. Just like in other fighting games, this game also has meta builds around the legends. They help one get tactical advantages over the others, regardless of the player’s skill. Therefore, considering all these stats and metas, these legends can be categorized into different tiers based on their playstyle, difficulty, and weapons.

Determining which legends go on which tiers can be a little tricky. Most players have their most comfortable picks that win them games but that legend can be a low-tier legend in other skill levels. So to build up a proper legends tier list, there are some factors to be considered, and they are;

This Brawlhalla tier list is built around the strengths of the legends rather than the personal opinion of players. The word ‘strengths’ basically represents the win-rate and pick-rate, legends’ counters and weaknesses, and much more statistical analysis of them. The tier is also made based on the stats in diamond rank rather than lower ranks or professional play because it represents the highest skilled players and their win/pick-rates for a better understanding. The weapons that go best with the legends are also shown to make it as beginner-friendly as it can. The 5 main tiers are as follows;

While both the S and A tiers have win-rates of over 50%, the rest have mixed results.

This tier represents all legends that are capable of dominating in all instances in the play. They come out strong as “over-powered” legends or rather known as “broken” legends by most players and there are win-rate stats to back this up. Most of these legends are very easy to learn and very rewarding to master as well. If you are planning on changing your main legend or if you are a beginner, these legends won’t disappoint you.

The tier “A” represents another set of great legends that has comparatively higher win-rates in this Brawlhalla tier list. They are really good and they really do not have complainable weaknesses to them. With the right amount of practice and getting used to, these legends can also become very rewarding and great companions in your climb to the top. However, they fall short before the S-Tier legends due to their difficulty and consistency in playstyle.

This tier represents the “slightly above average” level of legends in the game. They require more practice than the above 2 tiers and they don’t really bring out convincing advantages like the S and A tier legends. However, they can still be pretty decent if the right amount of effort and work is put into mastering these legends.

This is the average tier that also includes some below-average legends. You might need to invest countless hours into mastering these legends but still have not many wins. This is mainly due to their underwhelming stats that make them inferior to above tier legends. These legends are simply not worth investing in so it is better if you pass on them in this current meta.

These few legends in this tier are arguably the worst to main with the worst win-rate in the entire game. They are not in their best forms in the current patch and you should wait until they get a significant buff to start using them. They simply aren’t the best for ranked matches and it is better if you leave them untouched, at least for now. Play them at your own risk.

With the help of this Brawlhalla tier list and the right amount of practice and dedication, you can easily rank up and be better at the game. Also note that if you are a beginner, always go for top tier agents as those legends will bring you a pleasant experience in the game.