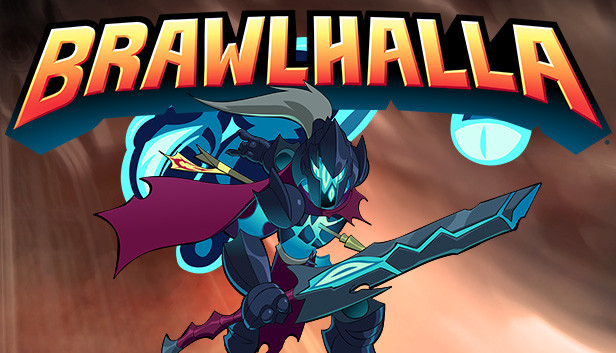 Brawlhalla is a fighting game and they’re known for their variety. Featuring a large roster of characters, the goal of the developers is to offer something that suits the playstyle and aesthetics of everyone and allows players to switch between different characters in order for the overall experience to remain fresh. Brawlhalla is no exception to this rule and to this day, it has 52 playable characters which it refers to as ‘Legends’.

The game is free-to-play and fighting games are something that immediately gets destroyed if they tread even remotely close to the pay-to-win part of things. That’s why the game does not sell any upgrades for the characters that would contribute towards the gameplay balance in any way.

Instead, all of the characters are naturally locked and have to be unlocked to be playable. And once you have the characters, all you can buy further from the in-game shops are cosmetics that change the skins of your characters and the weapons that they use. There are also a few more upgrades such as the color of your name and the rank badges changing – but that’s mostly gained by playing ranked rather than gaining a purchase-able currency.

So, how do you unlock the playable characters in Brawlhalla? Let’s find out.

This is the ‘normal’ way to unlock legends in Brawlhalla and also the way that takes the longest, as you will find yourself grinding for the ideal amount of in-game currency that you require. While the game has three different types of in-game currencies, it’s the Gold coins that are used to purchase legends with, and are the easiest to earn within the game. Mammoth coins cannot be earned at all, and the Glory coins are only earned through winning Ranked games.

There are a few different ways to earn the Gold coins, which are:

So, once you have enough Gold you can head to the shop and buy the character of your choice. Even if you end up buying all of the characters, it’s still not a waste to earn more Gold because, as I mentioned, there are always more characters being added to the game.

There is another important detail, which is the price of the Legends which you can purchase from the coins. It works like this:

If you’re not a fan of all the grinding or want to give a little bit of money to the developers in support – there is another way to unlock all of the legends, without having to spend time earning the in-game Gold coins. That is by buying one of the special packs of the game which offer many different rewards to the player. These packs are:

You must have two questions after reading about the packs, I’ll answer both.

Q. What do I do with the Gold that I earn in the game if I don’t even have to spend on the future Legends once I buy the All Legends Pack?

A. Coins are still used to buy different colors, which is particularly useful due to the fact the game also has ‘seasonal’ colors that act as a souvenir for you to keep for the years to come. Some of them will definitely be a rarity at some point.

Q. What happens if I buy the Collectors Pack when I have already purchased the All Legends pack?

A. You will gain 540 extra Mammoth Coins which cost nearly $20 dollars if you buy them individually, as compensation for you already owning the All Legends pack.

There is something that should be noted for people who intend to purchase the game on the PlayStation 4 platform. The ‘Collectors Pack’ is called the ‘Founders Pack’ on the PlayStation Store, which was the new name given to it when the game originally exited the beta phase on the console.

A third alternative for buying Legends faster but not having to buy all of them – is to buy Mammoth coins individually. You can buy any character that you want immediately with real-world money in this case and won’t have to wait for earning the Gold coins on your own.

Besides the Legends, you can buy cosmetic items, crossover characters, and some other stuff.

These are all the ways that you can unlock Brawlhalla characters with! We hope you found the one most suitable for you and we’re here to answer any questions that you might have. And while you’re here, make sure to check out some of our other Brawlhalla guides too!