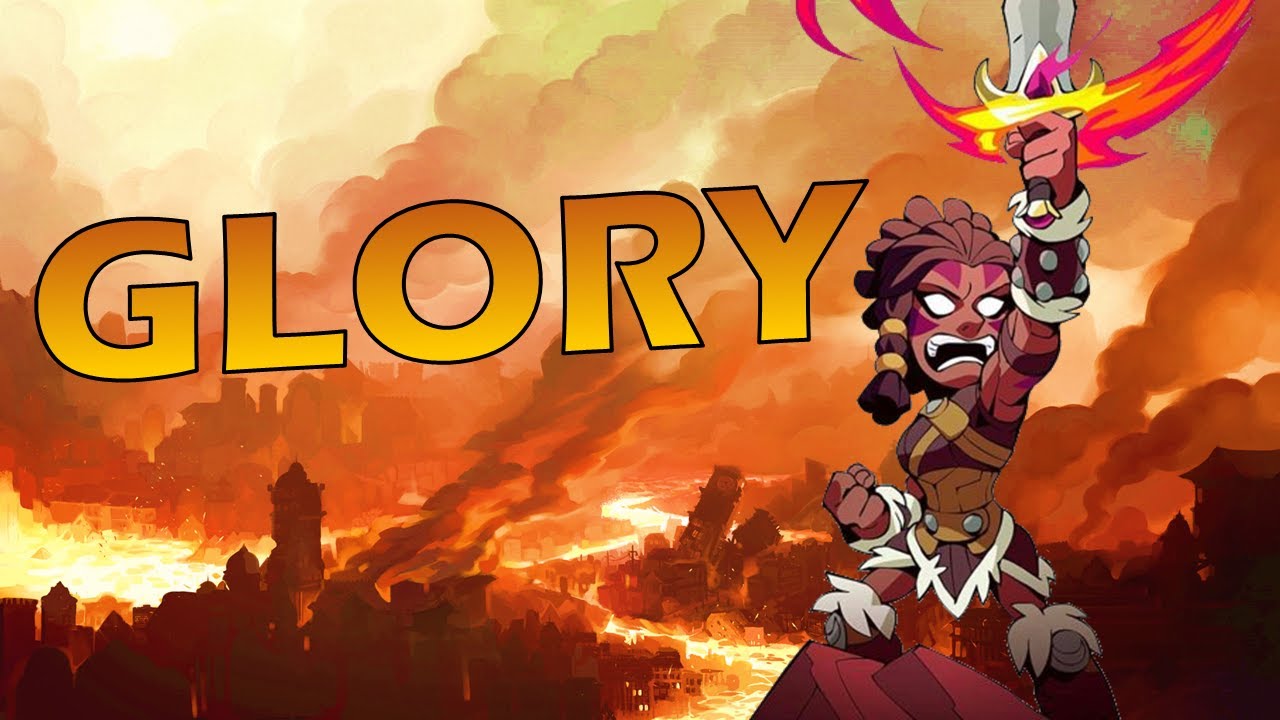 Brawlhalla is a free-to-play fighting game and that makes earning profits from it complicated since being pay-to-win would destroy the game’s integrity. Therefore, the developers implemented various currencies in the game that allow the players to do numerous tasks. The different currencies are used to buy mostly cosmetic items so it keeps the game from being pay-to-win – similarly to games like Counter Strike: Global Offensive.

One of these currencies are the ‘Glory’ coins and it’s perhaps the most complicated one to earn. It can be used to purchase unique items that cannot be bought any other way, not even by spending real-world money. So, if you can’t pay for the Glory coins – just how do you earn them and what unique items can they buy? Let’s answer those questions in detail.

What is Glory in Brawlhalla?

Glory is one of the dedicated in-game currencies in Brawlhalla. It’s by far the rarest currency to achieve since you can neither earn it through normal means nor spend real-world money on it like you do with Mammoth Coins and can optionally do for the Gold ones as well. What you can do with them is buy Colors, Taunts, UI Themes, and Weapon Skins which are located in the Ranked section of the Malhalla shop. So, as you can see, the rewards are limited to cosmetics and provide no gameplay advantage as usual.

You cannot get the items that you purchase with Glory in any other way as they are meant exclusively for players who can spend the time and effort in earning those coins. The items are changed every now and then, mainly season to season, so the rewards stay fresh as you keep earning or saving more Glory Coins.

Coincidentally, the same method that you get Glory from also gets you Ranked borders and avatars which help you represent how good you are in the game without explicitly saying it.

What is the fastest way to get Glory in Brawlhalla?

The fastest way to get Glory in Brawlhalla, is, ironically, the only way to get it. You cannot buy Glory Coins with any other currency or real-world money. So, just how does that work? Here’s what you do:

The only way to earn it is to play Ranked matches in every single season and performing well enough to be rewarded with the Glory Coins because simply playing the matches does not guarantee you anything.

One of the main requirements is that you need to have played at least 10 Ranked games in the entire season to be eligible to get Glory Coins. But funnily enough – if you play as little as that you wouldn’t really be making any Glory anyway. So, it’s not complicated and a requirement that does not even matter if you didn’t know about it.

The rate you get Glory Coins at can be calculated based on how many matches that you won. You earn 20 Glory Coins per victory and this carries on until you get a total of 3000 Glory – which is won by 150 wins approximately. After that number is achieved, the rate at which you get Glory is decreased and remains that way until the season is finally reset. Then, as the new season begins, you can earn 20 Glory Coins each until 150 wins once more.

So, that’s the quickest and the only way to get Glory Coins in Brawlhalla. Once you’ve earned them, you can go to the Malhalla shop and buy the rewards that you desire.

What Elo is Diamond in Brawlhalla?

Diamond is the highest Ranking in Brawlhalla and getting to that point requires you to earn and maintain a certain amount of Elo points. You have to start with the smallest rank, naturally, and there are 6 of them in total. You get Elo points by winning as many Ranked matches as you can, and here’s how many you need to get to Diamond:

That’s how you get to Diamond and it’s also something that would greatly help you in earning Glory Coins along the way since both actions are all about winning Ranked matches.

Who is the best Brawlhalla player in the world?

This is a difficult question to answer because there are many excellent players in the Brawlhalla competitive community. However, one person that constantly comes on the top whether it’s ranked or solo matches is Stephen Myers, better known as his gamer ID ‘Sandstorm’.

The player to come right after him is Zack ‘Boomie’ Bielamowicz as he also has a very consistent victory rate.

What to buy with Glory

As mentioned previously, you can get a bunch of cosmetic items once you’ve earned enough Glory Coins. Simply go to the Malhalla shop and buy what you wish to between things such as special taunts, weapon skins, colors, UI changes, and so on. Keep in mind that a lot of these things are seasonal, so you might not be able to get them anymore after a certain point.

But if you’re a regular Ranked player, then you’ll be happy to know this since it means you get to buy newer things in time.