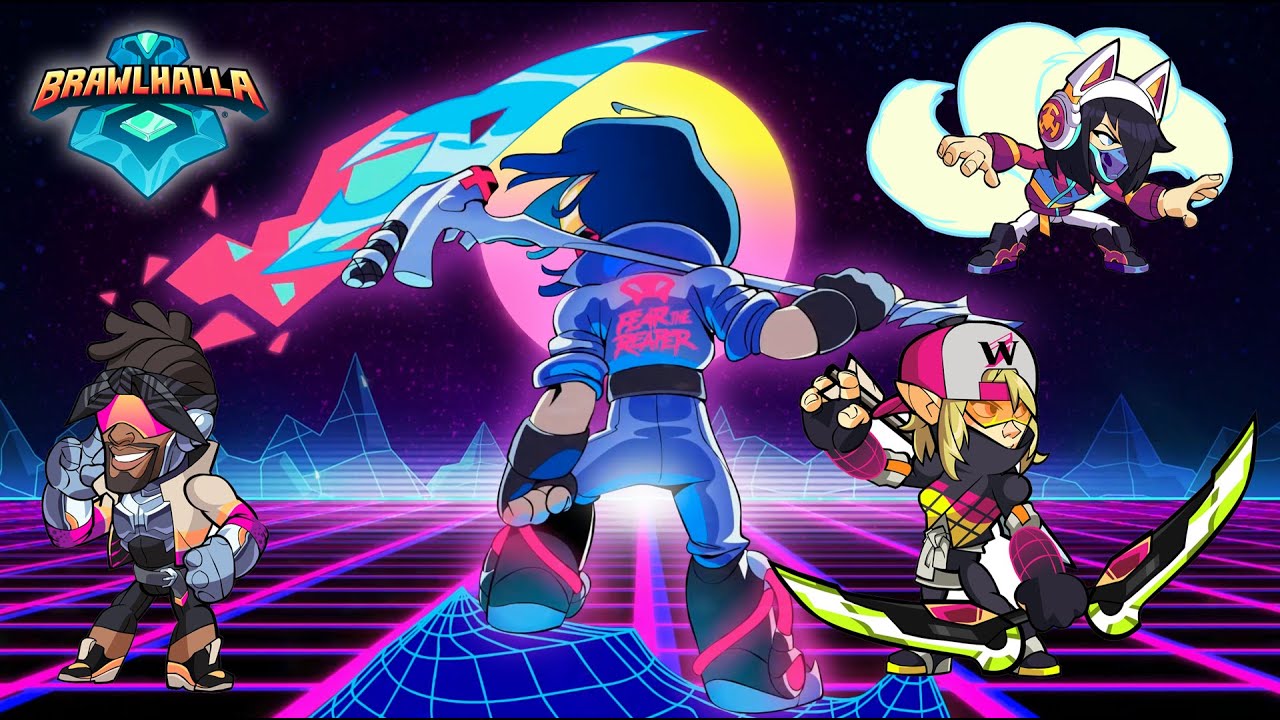 Brawlhalla is a highly popular fighting arcade game, it has a plethora of different characters with different kinds of play styles to learn and master. This is a long running game, and was acquired by Ubisoft a while ago; after which it has seen collaborations with so many different media outlets and film franchises, such as Kung Fu Panda, The Walking Dead, Tomb Raider, WWE, Adventure Time, Hellboy, Rayman, Ben 10 and even Shovel Knight. The game has gained a huge notoriety in the fighting game niche, with there being actual E-Sports tournaments arranged for it as well.

The gameplay is somewhat like Super Smash Bros, with the main goal being; knocking your opponent off the stage. Now, doing that might sound simple enough; but there’s actually a lot of technique to it. Which is what most Brawlhalla players choose to not focus on, and rather enjoy the game’s absurdness and just actual player engagement! There are two kinds of Brawlhalla players; one is the player that plays the game casually and enjoys it for fun or to troll around and just have a genuinely good time. The second kind are the ranked players who absolutely live and breathe Brawlhalla; their entire goal is to be the best of the best and to reach the higher tiers of ranking.

However, to rank up; you need to accumulate a decent amount of ELO. What is ELO? And what is the ELO system in Brawlhalla? Well, let us explain!

Well, to start off with what the ELO system in Brawlhalla is; you need to first know what the ELO Ranking System is in general. The ELO Rating System was a method that was created to calculate the overall skill levels of players in games. It was originally an evolution of the Chess Player Rating system, but was later implemented into other sports and eventually added into video games through games such as Counter Strike Global Offensive, DOTA 2 and League of Legends. The name is derived from the creator of this system; Hungarian-American physics Professor Arpad Elo.

How does the system work? Well, each game you win will rank you up slightly, while each game you lose will demote your ranking a slight bit as well. Who you are playing against also matters a lot, so if you’re playing against a low level player; then your ranking won’t increase exponentially if you win. However, if you win against a high level player, your ELO will increase a large amount and will sometimes even end up in ranking you up.

Brawlhalla’s Ranking System is much like any other game’s ranking system. It has multiple tiers of ranks that you can unlock, as you knock opponents off stage and climb your way to the top. There are a total of six tiers of Rankings in Brawlhalla, and each has a different range of ELO that you require to get into. Here’s a chart to explain the Brawlhalla Ranking System.

You may be also interested in: Brawlhalla: How to add Friends

The first thing to note here is that there is a 0 tier in Brawlhalla’s rankings. Well, that tier is made to protect your ranking and to give you a fighting chance even if you are on a losing streak. Being completely honest, getting demoted a rank is the one of the most annoying aspects in any game with the ELO System, so Brawlhalla gives you a fighting chance. Once you reach the zero tiers on each rank, you’ll have a second fighting chance to turn your luck around and start winning and climbing the ranks again. So instead of a punishing direct demotion, the game gives you a chance to hold your ground and turn things around!

The tiers determine your actual skill level, the higher you are on the rankings; the more difficult each match will get depending on your skill. The higher rankings have some of the toughest, most hardened Brawlhalla players in the world, so to rank up; you need to bring your most competitive side to each match.

How does each Season change the Elo?

Well, just like every game each season of Brawlhalla is a breath of fresh air with new characters and cosmetics, along with new stages to battle it out on. Each person’s rank is reset after each season, and you need to play a couple of placement matches to reach the rank that you want to get to as a starting point. If you win most of your matches for example, you’ll reach a higher ranking such as Gold or Platinum, whereas if you lose most of your placement matches; then you’ll be assigned a lower rank such as Tin or Bronze. This is an extremely simplified system, and Brawlhalla doesn’t expand upon it much because it chooses to keep it simple for its players. So, less worrying about how your ranking is going to be and more focus on each match that comes your way! Each season of Brawlhalla lasts for about 13 weeks, and each season brings a great change of pace. So if you were doing poorly in the previous season, you can always do better in the next season! There’s no stopping the grind, each season brings new characters to experiment with and reach the ranking your skill level truly deserves.

That’s all the relevant information that you needed for Brawlhalla’s very simple ELO Ranking System. The game offers a ton of content each season, the current season has collaboration with Kung Fu Panda and you can play as some of the most popular animated characters ever created!