Zum Inhalt springen
Esports-Dude » Brawlhalla News and Guides » Brawlhalla: Codes and How to Get Them [2021] 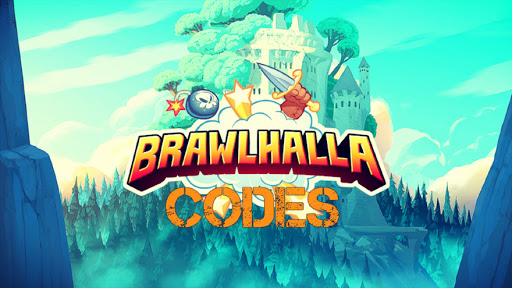 Brawlhalla has three types of in-game currencies and two types of stores, which gives you an idea on how many items the game has for players to purchase. However, a third thing in the game that not many people pay attention to are the redeemable codes in Brawlhalla.

If you’ve been playing for a while, you must have noticed that there’s a section in the game’s option for redeeming codes, but the game does not usually mention them within itself. That’s because the only way to get those codes is through external sources.

So, what are these codes and how do you get them? Let’s answer those questions.

What are the Brawlhalla codes?

Brawlhalla codes are used as an external way to give in-game rewards to people, which are mostly exclusive skins for characters and their weapons. They are not given out by any single source and are usually a way to promote the game with sponsorships. Sometimes they are given out as a way to thank players for certain milestones, while at other times they are a part of raising awareness for certain platforms.

For example, several of the exclusive skin codes in Brawlhalla are given out by the popular streaming platform Twitch. The way to get them ranges from having a Prime subscription, or just simply following the game’s official channel on the website – but it’s one of the most common reasons that Ubisoft gives out the redeemable codes for.

Of course, that’s not the only place the codes are given out in and there are other sources too time to time. The key is to keep an eye out for them and make sure that you don’t miss them as soon as they come – because they’re always timed and it becomes impossible to claim them after a certain amount of time. That time, in itself, is random. It can be something that is only redeemable for a month or is a bonus for a certain task that could last for as long as Ubisoft does not replace it with something else.

Another thing worth noting is that some of the codes are specific to platforms. This means that while the game is available on the PlayStation 4, PC, Xbox One, Nintendo Switch, and Mobile platforms – certain codes are only meant for one of the devices at a time.

So, that’s what the redeemable codes in Brawlhalla are and what they’re meant for. Now, the more important question is: how to get them!

How to get Brawlhalla Codes

As mentioned above, Brawlhalla codes are usually given out as a way to promote platforms, collaborations, and certain events. So, the only way to make sure that you manage to get the codes before they expire is to keep an eye out for them on social media and reliable sources like our website.

Currently, there are three available codes that can be earned in different ways. At the time of writing this article, they are still redeemable and have neither expired nor run out. So, make sure to claim them immediately!

The first skin available as a free code right now is the ‘Raven’s Talon’ skin for Scythe weapons. It has a very neat design that makes the blade end of the Scythe look extremely sharp and has some mythological writing on it, while the rest has a glossy purple-ish finish. In the middle, we have a thing that resembles an eye – but the design has a touch of ambiguity to it.

Here are the steps for getting the code for it:

Just like the Scythe skin, this one has a sharp-looking color on the blade side of the sword and a glossy finish on the holder. There is an eye-like thing in the middle and some mythological text imprinted on the blade.

Last, in line, the Katars of the Raven is a weapon skin that adds a glossy finish on the attaching side of the Katars with a mix of dark grey, grey, and purple. Whereas the blade side is white and sharp-looking and has the usual mythological text imprinted on top. And in the middle, the eye-like shape is consistently present.

How to Redeem Codes in Brawlhalla:

We’ve gone over every important thing now. But in case you don’t know how to redeem codes in the game, let’s quickly go over that too.

There are no other codes available at the moment, but once the time for these three is over, Ubisoft will surely give out new free codes in the near future. All of the codes mentioned in this post work on every platform, so don’t worry about what you play on! So, keep looking for more codes in the future, and don’t forget to have fun!