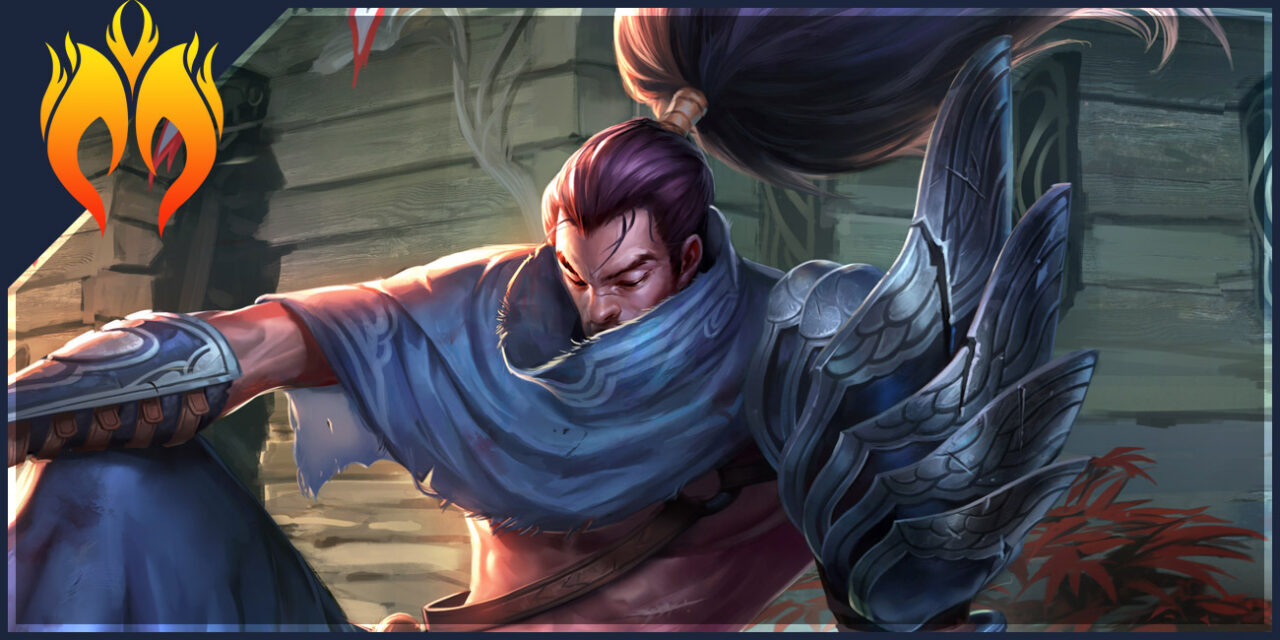 Hello, Summoners. Welcome back to your favorite TFT guide.

And today I will be going to talk about TFT yasuo. Yasuo is one of the most played champions in the game of League of Legends. The case is the same when it comes to the TFT.

And As one of the most played units on the platform, today we are going to talk about and look at every small thing Regarding TFT and the best item for him.  In addition to those we will also be looking at some of the best comes and other units that synergize well with Yasuo tft.

So without any further ado, let us drive right in.

Team fight tactics have been one of the most popular games in the MOBA community. And the reason behind its popularity is the amount of versatility this provides. and this is exactly where our guide of yasuo TFT comes into play.

Before diving into the world of yasuo on an individual level,  let’s talk about the best comp that goes well with yasuo.

To play yasuo to its maximum potential you have to incorporate and know all of the Synergy behind the duelist comp.

Just like the game itself, dualist Egypt has a very versatile composition that follows a specific build path. So let us take a look at the bonuses we will get while we play Yasuo tft on a duelist comp

The key thing to note is that the duelist moves faster than other units. With the duelist Synergy, you will gain extra Attack speed that stacks up to 8 times.

She is a very versatile champion that can enter a defensive position for approximately 1.5 seconds.  During this time she can become immune to any sort of damage and spell effect from the enemy units.

When she gets out of this defensive position she will deal magic damage to the closest nearby enemy. That enemy unit will also get tan for several seconds which can change the tide of the game.

Jax has a special ability to dodge all kinds of Enemy auto-attack for 2 seconds. After he dodges all the attacks, he will deal magic damage to all the nearby enemy units. The damage will be magic damage and it will also stun them for a massive 1.5 second.

Another one of the most well-synergized champions with Tft Yasuo is Kalista. As a passive, her Spears remain Insight the enemy unit she targeted. Each of them deals a percent of the enemy unit’s maximum health in the form of true damage when she removes the spears from the body.

She will also remove all the Spears when the enemy unit is killed. As she can deal a tremendous amount of damage to Max Health enemy units, she can synergize well with yasuo TFT.

This blind Monk packs a punch to his targets and deals magic damage. This knocks the enemy units at the last age of the battlefield. This knockback also stunts them for several seconds.

While the enemy targeted unit gets knocked back if it collides with any other enemy units they are also dealt half of the damage of the initial punch and get stand for a few seconds.

The Amazing part of the champion is if the target is already at the age of the battlefield,  instead of getting knocked back they are removed from the combat.

This unit creates a sweep around him that candle A ratio of attack damage and challenge all the Enemies hit for 6 seconds.  While the enemy units are being challenged,  this unit deals increased damage to them and takes a massive 85% reduced damage from any other sources other than the challenged unit.

The Positioning of TFT Yasuo

The Way You position your yasuo TFT has a huge impact on the overall gameplay. The main objective of his positioning should be on the corner, while having Fiora, Jax as the front line.

This way he will be able to deal a massive amount of damage without getting one-shotted by the enemy carries.

With yasuo,  there will be three main items that go well. The first one would be Guardian Angel.

You would one him to deal as much damage as possible without getting one shot at the early stage. In case, he does get one shorted or goes diving into the enemy backline with his ultimate ability, The Guardian Angel gives him a nice survival option.

Even though Infinity age got a bit nerfed on its bonus damage from critical chance,  it is still one of the best items on yasuo. The item deals tons of damage with excellent late-game Scaling.  and no one loves killing as much as yasuo.

The third item that is excellent on him is the hand of Justice.  The item is made from spelling gloves and Tear of the Goddess.  It provides a critical chance of 10% that jumps to 10% and as a passive, it profiles at a random gain of buff at the start of the round.

The buffs may include,

So that Wraps up our today’s discussion on Yasuo Tft and the best items for him. With the comp, item builds, and guidance mentioned above, you will be able to play him to his fullest potential.