Zum Inhalt springen
Esports-Dude » More Game News and Guides » Why the Legend of Zelda: Breath of the Wild is so popular 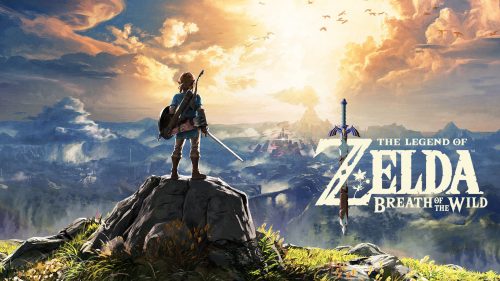 Why the Legend of Zelda: Breath of the Wild is so popular…

The Legend of Zelda: Breath of the Wild (BotW) is the biggest Zelda game ever made, almost 12 times the size of Twilight Princess. It provides a vast terrain that is entirely player-led, to explore for hours without any restrictions.

The greens of the open plains contrast with the Death Mountain. You will realize that you can go anywhere, unlike any other Zelda games. There are limitless possibilities and a vast world, waiting for the players to unravel it.

The starting point of the BotW

When you open your eyes to set out on a journey, you find yourself amidst a raised area known as the Great Plateau. It is the starting line from where you have to earn the paraglider item, to start exploring the rest of the world.

Unlike other games, this small region in BotW allows the players to learn all the basics like combat, climates for stat-boosting, and four shrines that keep hold of the four divine beast dungeons. It is more than just a tutorial and more like a mini-adventure.

BotW also has small puzzles, like putting an apple in front of the holy shrines. Some might say it is pointless, but such minor details prove the creativeness of the game.

Fundamentals of combat in BotW

Combat in BotW is much better than it has ever been before in The Legend of Zelda. Even the most tedious enemies pose a series of threat from the beginning of the game. The weapon system may seem vexed, but it continually keeps the players on edge by promoting zestful attitude and forcing the players to adapt in crucial situations.

If there is something that you think can be done with fire, gravity or magnetism, it will most likely be a reality.

How the BotW world interacts with the player

At first glance, everything might seem ordinary, but upon careful analysis, you will come to know that separated single rock or trees in unordinary rows make up a great puzzle. It forces the players to stop in their tracks and clear the mystery to reveal one of the precious seeds.

The world is filled with glowing structures like signposts and landmarks, guiding the players to essential locations. Sometimes, the subtle hints lead you to long routes, without revealing what might be lying ahead.

BotW works in a way that a guaranteed reward is lying at the end of the road. Prior knowledge and instinct go hand-in-hand with discovering and puzzle-solving, letting the players know where and what to do next.

The edge of the BotW world

When it comes to top open-world games, people seek for what lies beyond the edge of the word. BotW is different than other games in this aspect. Usually, travelling upwards will be your way out, but in BotW, you will end up in Korok oddities or the Lizalfos surrounded swamps.

Players may find themselves stuck, but there will always be way out of those ordeals. If you keep climbing upwards, you will eventually find a lead toward your bearings.

What is your best memory of The Legend of Zelda: Breath of the Wild? Please share with us.