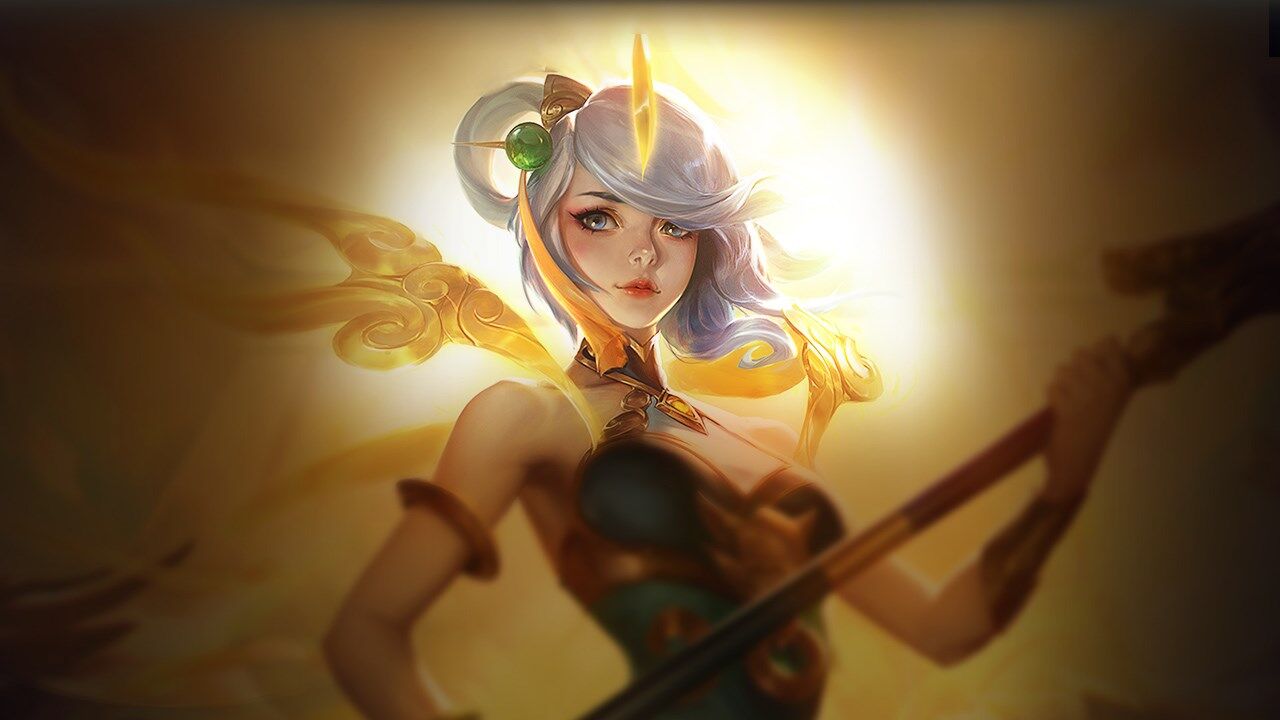 TFT is one of the most fulfilling games from the renowned game development company riot. The great thing about Riot games is they are always willing to go above and beyond to offer the players a better gaming experience. And this is exactly where our today’s guide on TFT Lux guide comes into play.

To keep up with this kind of competitive game you will have to make sure you are always up to date with the latest patch of the game. And during this current meta, if you are not playing TFT LX to its fullest potential, you are in for a loss.

The lux comp is a very versatile comp. Intelligence test season Lux is one of the strongest support characters who is currently ranking in A tier years support.

So, without any further ado let’s dive right in and check out the best build for TFT Lux in the current season.

The most interesting thing about Lux is that she has a variable origin. The avatar class of locks can synergize really well for the origin element. And it is also Doubles town for trait bonuses.

Even though TFT Lux is currently sitting on one of the top positions, it is currently facing a low pick rate. And this is due to its synergies. The synergy of lux is limited, and she is played purely for her synergies.

Now before everything, the big question arises. And that is why lux? The answer to this question is the seeming buffs lux has received over the past few patches.

Even though the total mana has decreased from 85 to 80, her damage went from 500-800 to a massive 600-900. She also received many small buffs on the previous patches. But these were the main buffs that made TFT lux stronger than ever before. That is why with the proper TFT Lux items, she is one of the most viable late-game carries.

In the game of TFT, the result is never decided at the early stage of the game. The only thing most of the players focus on in the early game is the ability to fully form the perfect team to win the late game. And lux does all that and much more with these buffs to her kit.

The amount of versatility you get from the two of the traits was the main reason behind playing lux on the comps. Lux can be very easily splashed and incorporated with many of the comps and synergies. And this makes tft lux one of the best picks up for the late game carry.

And last but not least, she just does an overwhelming amount of damage. Simple as that. Often beginner players mistakenly position her on the comps. As a result, you get very low reliability for the champion. But once you have mastered the positioning of Lux, she will decimate the enemy unit without any sort of hassle whatsoever.

And with the mana change, she can proc her ultimate way more often than ever before. So this increases the overall damage output of the unit by a ton. In other words, she can slam extremely hard and very hard to deal with.

Now it is time to dive into the lux guide and the world of elements and see the situations where you might want to play the best TFT lux.

Steel lux has been one of the most common comps played in the previous patches. The number of matches played with steel lux is due to the strength of steel synergy. This was one of the most unbeatable combinations. And most players felt like they were in a nightmare after facing steel lux.

But the after meta makes the steel lux played in the usual blender build.

With steel TFT lux, you will be able to utilize two full seconds of invulnerability. This makes it very safe and useful to play in the meta. You get that even with no steel units on your team. The steal unit is quite small with only two other units other than the lux.

The element bonus will be received when the health is below 50%. With each added champion the immunity time increases.

With the addition of lux, you will get two additional steel units, as she counts for two.

So, with one unit with lux will give you the bonus of two units. Below are the three steel champions to play with steel lux.

Nocturne (Steel/ Assassin) is a 3 gold cost unit. With its ultimate passive, he will deal damage and hit effect on all the adjacent units. And the unit will also heal up to 40 percent of the damage it dealt.

Two get the four-champion bonus, you will have to get your hands on the right element of lux along with a rek’Sai and a nocturne, it might sound a bit difficult at first. But once acquired, you will be an unstoppable force to deal with.

For the most optimal damage, you will try to build A Death cap, a jeweled gauntlet, and a seraph for more damage and mana.

Now it is time to talk about one of the other popular lux builds. And that will be the electric lux.

She started getting an enormous amount of popularity at the start of the 9.24 patch when the electric was heavily buffed. But she was always one of the most dependable win conditions in the previous patches as well. And it is due to the massive strength of having four electrons.

Even though, after that meta, four electric was still one of the strongest teams. But finding four of them in the roll was not as easy as before.

Six berserkers and four electrics are some of the best variants of this play style. In this lux tft comp, you will try to play with Sion, Mundo, volibear, Renekton, and Olaf in the front life. The most preferable build will be to have two lockets on the Voli with a rapid-fire cannon on Olaf.

In the back like, there should be a zed, a Jax, and one and only the Lux TFT. Many different variations can be utilized in this composition. So you will never feel bored of playing the same team or stuck with the same plan every game. You get the ability to drop several things by mixing and matching your way to the end game.

But the one mentioned above is the basic variation that works like a charm. And that even without an Ahri, if you know what I mean.

The four electric bonus damage was one of the most powerful things you can witness in the game of TFT. And this Lux TFT comp can carry you easily through the late game.

This is not the standard path to go. But if you find the electric lux and zed, you might as well try this lux tft comp.

Nami and Amumu are two of the most commonly played late game champions in this comp. So you must try to build around these units for successful gameplay. All you need to do now is to add a few electrons to do your damage. And you are good to go.

For instance, if you are running four electric lux comp, then any good lux guide will tell you that assassins against this will be useless. In this case, you can place the lux in the corner, as any assassins coming in will take a massive amount of damage.

And even though you can make carry items of lux, the general rule of thumb is to put them on zed. As zed can deal more damage and delete enemy units from the game very quickly, opting for zed carry will be the right choice. But you can also play lux as your carry for more fun.

Shadow lux is possibly the lux with the most carry potential in the game. Once paired with another shadow, Shadow lux can deal a massive amount of damage uncompilable to any other elements.

In the previous patches, the shadow was a two or four-piece set, so shadow lux can do a lot on her own. But after the change, you need another shadow paired with lux to deal with the damage you are looking for.

She is a potential carry to the shadow comp just from the sheer amount of damage she can deal.

In this basic shadow lux guide, you are advised to play her with six shadows.

You will have sion, amumu, and nautilus as the frontline. At the middle back, you are having lux backed up by a Malzahar and kindred. And on the two bottom corners, you should get a nami and a Master yi.

There are many different ways one can pivot into six shadows. The above mentioned is just one simple possible way to get down to business.

You can also play three shadows, which is viable if you do not want to fully commit to the shadow but still want the bonus.

But in case you get your hands on a shadow lux, our suggestion is to put all the carry items on her such as the Death Cap, Seraph’s embrace, and even the jeweled gauntlet. This will make lux kill enemy units effectively, especially if she is paired up with other shadows.

Last but not least, it is time to talk about our most favorite lux, which is a crystal lux. This trait is very important as well as interesting. The interesting part about crystal lux is that it can remove one of her main issues, which is being really squishy against burst units.

With only a two-part trade, you can stay alive with the unit against fearsome zed or nocturne.

4 warded, 2 mystic, 4 crystal, and 2 oceans are arguably the most fun way to play Lux in the game.

The most common variation will be to play around nami and amumu. The amumu , malphaite, nautilus, and traic should be on the front line with nami backed up by soraka and lux, ashe on the corners.

In this lux build, you definitely want a seraph’s or spear on her to increase her overall damage output. It is because the composition used to make this comp is very light on the damage. So you would want the most out of your lux by stacking ap items on her as soon as possible.

So that ends today’s Lux guide.TFT Lux and her elements are always a pleasure to play and watch. And it has been the gold standard from the early stage of the game. So now that you know about lux from, this lux guide, turn on your client and start playing.