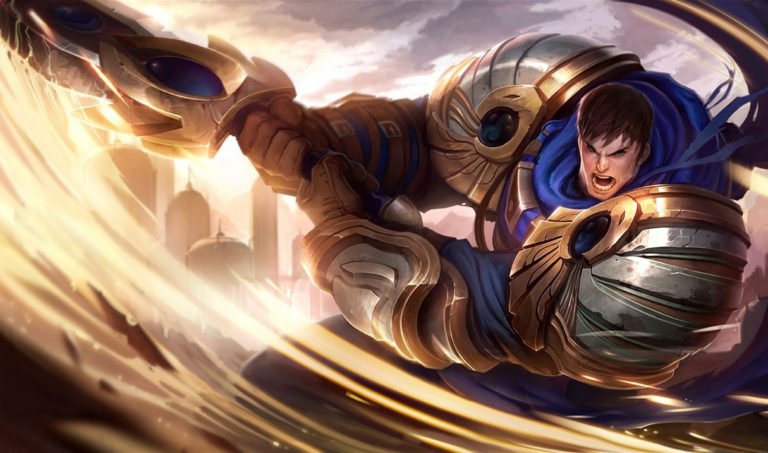 We are back with yet another one of our Teamfight Tactics Champion Breakdowns, and this time, we will be tackling one of the two God-Kings in the game, TFT Garen. So, if you are someone who is interested in learning about TFT Garen, his build, and items and see what it takes to get the most out of this character, you are in the right place.

For those who are new to this ongoing series, let us give you a brief summary of what goes here. We will be going in detail, explaining to you first the champion, and then we’ll move onto the more serious and exciting parts, talking about his recommended items, the perfect strats for TFT Gaben and his counters. So, buckle up,

That said if you are new to the series and want to learn more about the other champions we have done in the past. Head on over to our previous episodes here.

In v9.22 of Teamfight Tactics, Garen was removed from the game due to Set 2. However, he was later brought back into the game with a couple of changes. However, with v11.9, the champion was upgraded to God-King Garen, which came with a complete overhaul of the champion, changing everything from his base strats to his ability and synergies.

Now, TFT Garen is a Tier 5 champion that features a total of three synergies which include Dawnbringer, Knight, and finally, God-King. Here is a breakdown of the synergies and what each of them adds to the game.

Talking about his strats, we all see a number of changes, including a new ability and changes to his key characteristics. List down below is all the information you need to understand the three different tiers of TFT Garen and the differences between them.

Previously, TFT Garen featured an ability called the Judgement, which was an active ability that allowed him to spin his sword for 4 seconds, dealing damage to nearby enemies. However, due to his upgrade to God-King, this ability has been changed. His new ability is as follow:

Now that you have an idea of who TFT Garen is in the game, let’s move on to the juicier bits. Let’s talk about the best builds or team comps involving TFT Garen. Here are some of the best team comps for TFT Garen.

Keep in mind that the developers are frequently changing the roster of available champions which each set. So, there is a chance that the following team comps won’t be available in the set version currently active.

Here is a list of some items that you should consider using on TFT Garen:

As stated before, the developers are constantly changing things around, introducing new champions and items into the game to make things stay interesting. As a result, we highly recommend TFT players to keep an eye out for the current set tier list as it shows you the current meta of the game. You can check out the link here for the current tier list.

That is it for now but stay tuned as we are going to be bringing you a new episode of our ongoing Teamfight Tactics Champion Breakdown series very soon, bringing to light details on an all-new hero. So, stay tuned. Until then, comment below and let us know what you think of TFT Garen. Do you think he’s good?