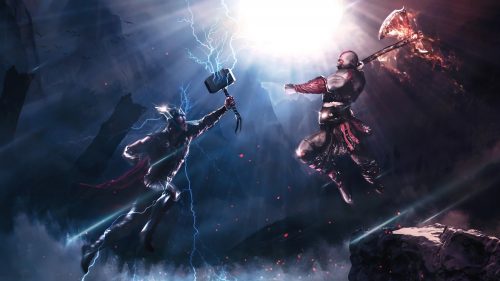 God of war is an action-adventure based video game which attracts the gamers with its stunning graphics. The God of War (2018), 8th instalment of the series, took the gaming world by storm with its indulging combat sequence and plot development. The game is developed by the Santa Monica studio, directed by Cory Barlog, and published by Sony Interactive Entertainment

There will be God of War 5

Recently, Cory Barlog dropped a teaser of the upcoming sequel of the series, known as God of War 5. He told Kotaku that there is enough story to make at least five more games. Moreover, he said Santa Monica studio has no plans to build five games, but the production of at least God of War 5 might be underway.

God of War (2018) took more than five years to develop. It is safe to assume that the game engine might get optimized for the upcoming PS5. Barlog also hinted that the mapping of the plot is almost complete, considering the development process is still in its early stages. As for the gamers, they will probably have to wait some more to get their hands on the God of War 5.

What about the season 5 of the God of War?

Season 5 of the God of War will be a different experience for the Kratos and boy Atreus, father and son. God of War 5 will have a new exciting story and breathtaking environment that will blow away the players.

God of War 5 is not officially confirmed yet, but there is a high chance that there will be adjustments for the play station console. Gamers should be looking out for any further notice relating the season 5 of God of War.

Characters in the God of War 5

Kratos and the boy Aterus will embark the journey once again as we head into the God of War 5. They will be coming across friends and foes along their journey. Some of the most prominent characters will be:

When is the God of War 5 going to release?

It is noticeable how much effort and time got put into the making of God of War (2018). Santa Monica studio can carry the grunt work from the 2018 release over to the upcoming God of War 5. If things go smoothly, we might be able to at least witness a trailer or something in a couple of years.

It is highly unlikely that the game might release in the year 2020. There is no news yet if the game will be an exclusive PS5 release. For now, we know for sure that Kratos and Boy will return with the God of War 5.

Who is your favorite character from the God of War series? Please share with us.