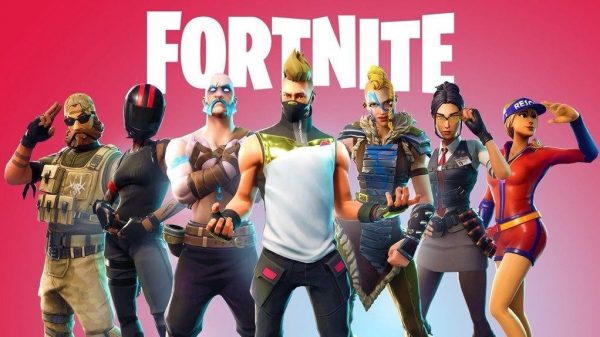 Fortnite has been a crazy experience for the players since the day of its release. Over the years, countless memorable events happened that left a long-lasting impression in everyone’s hearts. Even to this day, Epic still manages to introduce something fresh and unique that completely baffles the Fortnite community.

A 16-year-old player amazed the gaming community by taking home $3 Million after winning the Fortnite World Cup final. US teen Kyle “Bugha” Giersdorf won the solo event at the competition, which took place at the Arthur Ashe Stadium in New York City.

More than 40 million players participated in the qualifying events for the final. Only 50 duos and 100 solos players made it through the last round, out of which Kyle managed to come out on top in the World Cup event.

The actual number of viewers for the concert crossed the mammoth figure of over 12.3 million. A large projection of Travis Scott made an in-game appearance and performed for around 15 minutes, also spotlighting a world premiere of one of his songs.

The Thanos event was massive, which came out around the global hype of Avengers Endgame movie. It was an additional Solo mode that allows players to become Thanos by equipping the Infinity Gauntlet.

The goal was to stay alive for as long as possible after becoming Thanos. Thanos could fire powerful fist attacks, laser beams, and even fly in the air. It was an entertaining event with lots of creativity and enjoyment for the new and old players alike.

One of the most popular Fortnite player and streamer, Tyler “Ninja” Blevins, made history by getting his Fortnite skin in the game. “The skin looks just like me” was Ninja’s reaction after witnessing his Fortnite skin for the first time. The skin has spiky blue hair, a blue jacket with a hood, and black pants. There are four different variations and back bling options that include dual katanas.

Epic Games said Ninja’s skin would be first of the many collaborations bringing real-world personalities into the game. Epic plans to introduce two other gaming personalities, Loserfruit and TheGrefg, in the future into the world of Fortnite.

One of the craziest things ever happened in the gaming verse is probably the game servers completely shutting down across the globe. Just before the Fortnite Season 2 launch, Epic Games shut down the game servers to prepare for the massive start of Season 2.

The significant change coming with the update was the transition of Fortnite to the Unreal Engine Chaos physics system. Despite the introduction of new changes, skins, and other stuff, the goal was to ensure that Fortnite works the same as before the update. Also, it included Overtime Challenges and a two-week event for the fans to enjoy before the official launch of Fortnite Season 2.

What is your best and favorite Fortnite moment ever? Please share it with us.