Zum Inhalt springen
Esports-Dude » Skyrim News and Guides » How Many Quests Are In Skyrim? 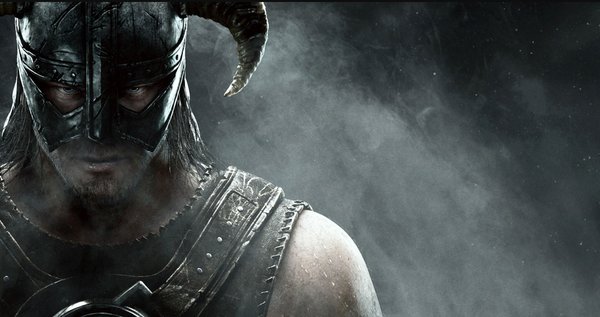 Wondering How Many Quests Are In Skyrim? Here Is The Answer You Are Looking For!

First released in 2011, Skyrim continues to fascinate the imagination of millions of players. The basic plot revolves around the character Dragonborn, born with the soul of a dragon and a human, who must defeat Alduin, the world-eater dragon prophesied to bring the world to an end.

One of the things that makes Syrim so popular even today is that the main mission is merely the iceberg’s tip. There are many more adventures hidden that players can unravel if they choose to navigate the less trodden path.

As a result, die-hard players are often unsure of the answer to the question of how many quests are in Skyrim? To put all speculations to rest, the definitive answer to the aforementioned question is that there are 273 quests in Skyrim.

Surprised? Well, that’s understandable. As the quests are mind-bogglingly scattered all over its enormous map, players often miss out on some of the fascinating adventures tucked away in the continent’s less frequented corners.

To help you avoid missing out on all the fun, we have compiled a list of the 4 best hidden Skyrim quests. So, let’s get started!

This quest is only open to those Dragonborn who are a part of the Dark Brotherhood of assassins and can access the Dark Brotherhood Sanctuary. Once there, they must look for the book named The Lost Legends to learn about Gaulder and start their mission to locate the missing pieces of the Gauldur Amulet. Any player who pieces together the amulet will get 30 points added to Stamina, Magicka, and Health.

In the quest that follows, the Dragonborn will be first taken to Folgunthur, where they must locate the journal of Daynas Valen. In the journal, they will find the names of the 3 locations where the Amulet pieces are conspicuously hidden. After they have collected and assembled the Amulet, they can reforge it and wear it.

2. A Night To Remember

Although this quest is lengthy and time-consuming, it scores high on fun and adventure. You can start this quest at any of the major city’s tavern. Upon reaching the place, accept the drinking contest posed by Sam Guevenne. After 3 drinks, the Dragonborn will pass out. Therefore, the player must either decide to clean up the temple or convince a priestess to get them out there.

Once out, the player must initiate a conversation with Ennis, who will tell them about Gleda. The player must then recover Gleda from the giant and head to Whiterun, talking to Ysolda.

Ysolda will then prompt the Dragonborn to look for the lost wedding ring. Next, the player will embark on a journey to Morvunskar and enter a portal where they must find Sam and get the Sanguine Rose as the prize.

Finding hidden dragons is by far the most fun part of any Dragonborn’s journey. However, finding the hidden dragons is tough. If you are up for the challenge, you must begin the quest to locate Vulthuryol, the dragon that resides within Blackreach.

Players can summon Vulthuryol by finding the yellow Dwemer gong that is hanging inside Silent City. After you locate the gong, use the Unrelenting Force on it, and you will see Vulthuryol flying overhead and breathing fire. Tackling the dragon is very difficult as Dragonborn will not use the Bend Will on him.

Thus, only high-level players stand a chance to defeat Vulthuryol. Low-level players will, unfortunately, face elimination by the dragon.

Players who visit the Old Hroldan Inn located in the south of Soljund’s Sinkhole can meet Old Hroldan’s ghost. However, the ghost will not appear instantly.

To see the ghost, the player must first sleep on the bed of Tiber Septim. After the Dragonborn awakes, they will hear a loud, summoning sound. The player must leave the room immediately and meet the ghost who will mistake Dragonborn for Hjalti.

The ghost will then request for Hjalti’s Sword. The Dragonborn must talk to Eydis and get information about the location of the sword. The player must follow the instructions and recover the sword and give it to the ghost.

While these are just 4 of the part of the hidden quest of the answer list of how many quests are in Skyrim, they are the most thrilling and exciting! So do give it a go and enjoy hours of nail-biting fun!