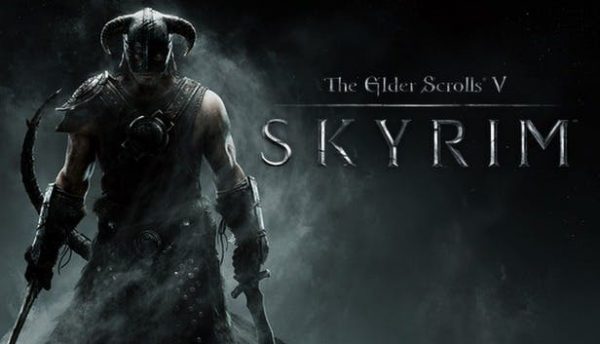 Are you thinking about getting into Skyrim? We don’t blame you. The Elder Scrolls V: Skyrim, won the 2011 “Game of the Year” award, and it’s the next chapter of the ever-popular Elder Scrolls saga.

The game comes out of Bethesda Game Studios, the 2011 “Studio of the Year” award, and the same development team responsible for bringing you Fallout 3 and Oblivion.

Skyrim revolutionizes the open-world fantasy genre, bringing players a virtual world with plenty to do.

Most gamers already know that Skyrim is a lengthy investment of time and energy. So, how long is Skyrim, and what can you expect to get out of the game?

This post unpacks how long it takes to complete the game in its entirety. It’s challenging to give a direct answer, because the game has so many elements and player strategies.

To make things easier, we split the primary gameplay tasks into categories to help you get a better estimate of the time required to complete Skyrim.

How Long is a Day in Skyrim?

Let’s start by getting a sense of the Skyrim timeline. If you’re wondering how long a day takes in Skyrim, the answer is – 24-hours.

Skyrim operates in real-time, minute-for-minute. Therefore, if you’re traveling between worlds or completing tasks, everything happens in real-time, and that can feel somewhat laborious at times.

However, the real-time gameplay adds an authentic and realistic edge to the game. As a result, you’ll find yourself immersed in a virtual world, lost in time.

How Long is Skyrim?

According to reviews and user stats, it takes around 30-hours to complete the central plot and storyline of Skyrim.

The game doesn’t come with many quests in the standard package. However, you’ll need to ensure you don’t rush through the game, as that’s going to cost you further down the line.

Spend time exploring worlds, collecting items. Taking this approach equips you for battle in the later stages of the game. Getting there too soon results in retracing your footsteps to discover what you missed.

If you want to get the most out of the game, you must build a strong character. With a fully-developed avatar, you get a better chance of beating stronger opponents in worlds you travel to later in the game.

In Skyrim, you need to visit distant worlds at least once. Your travels also influence campaign length, being that you need to get there in real-time.

After visiting the outer worlds once, you get to use the fast-travel function, speeding up your movements between worlds.

To complete all missions and side quests, you’re going to need around 60 to 70-hours of dedicated gameplay. That’s on top of the 30-hours required by the central storyline.

The side quests include all the separate orders you receive from the guilds of the thieves, assassins, mages, and warriors. You’ll also have to get through all the daedric and civil war to complete the game.

Overall, you’re looking at a minimum investment of 100-hours of your time to work you way through the central plot and all the side missions in Skyrim.

How Long Does It Take to Explore All Worlds and Locations in Skyrim?

Wait, it’s not over! How long is Skyrim? – A lot longer than you think. While the central storyline and side missions take around 100-hours to finish, there’s much more to Skyrim.

Skyrim comes with several hundred distant locations on your map. Visiting all these locations and exploring the worlds takes a lot more time.

You could lose yourself in the Skyrim virtual world for hours just walking around collecting items and exploring landscapes.

The side quests and missions take you to plenty of the worlds, but there are hundreds that you don’t have to officially visit.

It’s optional to explore these worlds. We can’t really put a timeline on what you can expect to spend in the game if you go this route.

While the extra worlds are not essential to visit to complete the game, you’ll find plenty of loot and opponents waiting for you at every location.

How Long is Skyrim – How Much Time Does It Take to Unlock the Platinum Trophy?

The Platinum Trophy is the holy grail of Skyrim. If you want to unlock it, you’re going to need to add several more hours of gameplay.

Most of the Platinum Trophy quest feature advancements in game objectives, requiring more detail to complete you tasks and quests.

However, even if you do it right, and unlock all the main quest, winning the Platinum Trophy – there are plenty of other trophies to win.

Some of the time-consuming trophy tasks involve mundane operations, such as gathering 100,000-gold pieces, or attempting to achieve the  50th experience level.

Skyrim DLCs – Can They Extend My Gameplay?

Buying the Skyrim DLCs adds several more hours of gameplay. The “Hearthfire” expansion set doesn’t come with many new features, but the “Dragonborn” expansion set comes with fresh content for your game.

Skyrim Mods – Can They Extend My Gameplay?

Adding Skyrim mods significantly adds playing time to the game. Mods let you change the visual aspects of your game, adding new content and mechanics. Mods are the reason why Skyrim continues to be one of the most popular gaming titles across all platforms.

The basic game offers a lot of fun, but enthusiasts might find themselves getting bored exploring new worlds after they finish the central storyline and side missions.

Mods offer new levels and content for the game, bringing you hundreds of hours’ worth of fresh gameplay for Skyrim.

How Long is Skyrim? – Final Thoughts

How long is Skyrim? – The answer is that it’s as long as you need it to be. Complete the entire basic game within 100-hours, including all side missions. However, mods and expansions allow you to add new content and experiences.

With hundreds of hours of gameplay available through mods and expansions, you can keep going with Skyrim forever. Developers continue to work on new expansions, and we can expect new editions to market over the coming years.

Skyrim offers a completely immersive gameplay experience that’s captivating and exciting. Once you hit the start button, expect Skyrim to suck you into its world – it’s that good.